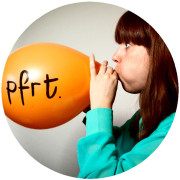 Ellen Vesters is a freelance illustrator, based in Utrecht, the Netherlands, specializing in narrative illustration and picture books. Recently, she joined the MA for Children’s Book Illustration at the prestigious Cambridge School of Art, which she completed with a Distinction.

Ellen’s background as a children’s and clinical psychologist makes for work that shows personality and emotional quality. Her work is often influenced by her observations and personal experiences.

In Utrecht, Ellen works in the dynamic space of her studio at Urlaub. As well as doing commissions, she also finds time to teach others, and hosts several workshops and courses in illustration.

Since it took her some time to end up doing what she loves most, she likes to inspire others to do the same.
Watch her Rebellious talk at Creative Mornings below, or read the article by Phillip Gangan. This talk dates from 2014, so is a bit dated. Since then Urlaub evolved into a centre for creative courses and Ellen let go of her number one rule: “don’t go to art school”!